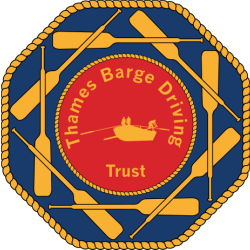 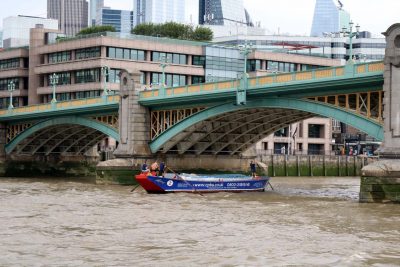 We host several Barge Driving Events on the tidal Thames throughout the year and below are some of those events with some details behind them, which we hope to see you at or even participate in! 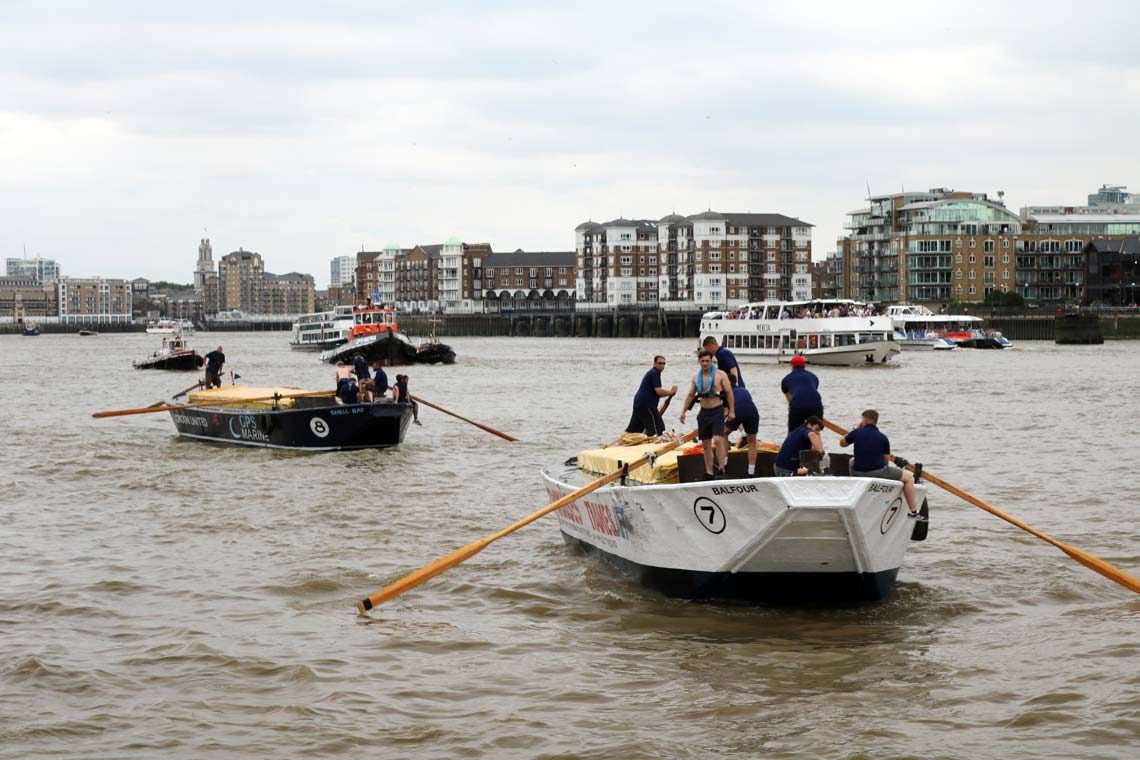 Race Finish: To Be Confirmed

The Queens Platinum Jubilee Race will consist of about 12 teams of between four & six crewmembers. Each crew will drive (steer & row) 30 ton Thames barges over a seven mile course for approximately 90 minutes between Greenwich & Westminster Bridge.

Considerable skill is required to pilot unpowered barges ‘rowed under oars’ or sweeps & ride tidal river currents alone. The race not only commemorates the Platinum Jubilee but also the skills of Thames lightermen who moved freight this way along the River Thames up until the 1930′. In a wider context the race encourages ongoing interest in moving cargo via water as a way to recruit younger people back into traditional river trades.

Race Start: To Be Confirmed

Race Finish: To Be Confirmed

The Alex Hickman Memorial Race will take part on Saturday 17th July 2022 between Greenwich Reach & Westminster Bridge. The race will see apprentice waterman rowing traditional Thames lighters along a 7 mile course passing beneath London’s bridges & past some of London’s most famous sights. One Freeman will be aboard each barge to provide the apprentices with support & a fleet of tugs & safety boats will be in attendance.

The race consists of three to five teams of Apprentices and reminds them of the traditional skills of lightermen who moved freight using just their own personal strength and ride the best possible tidal flows. 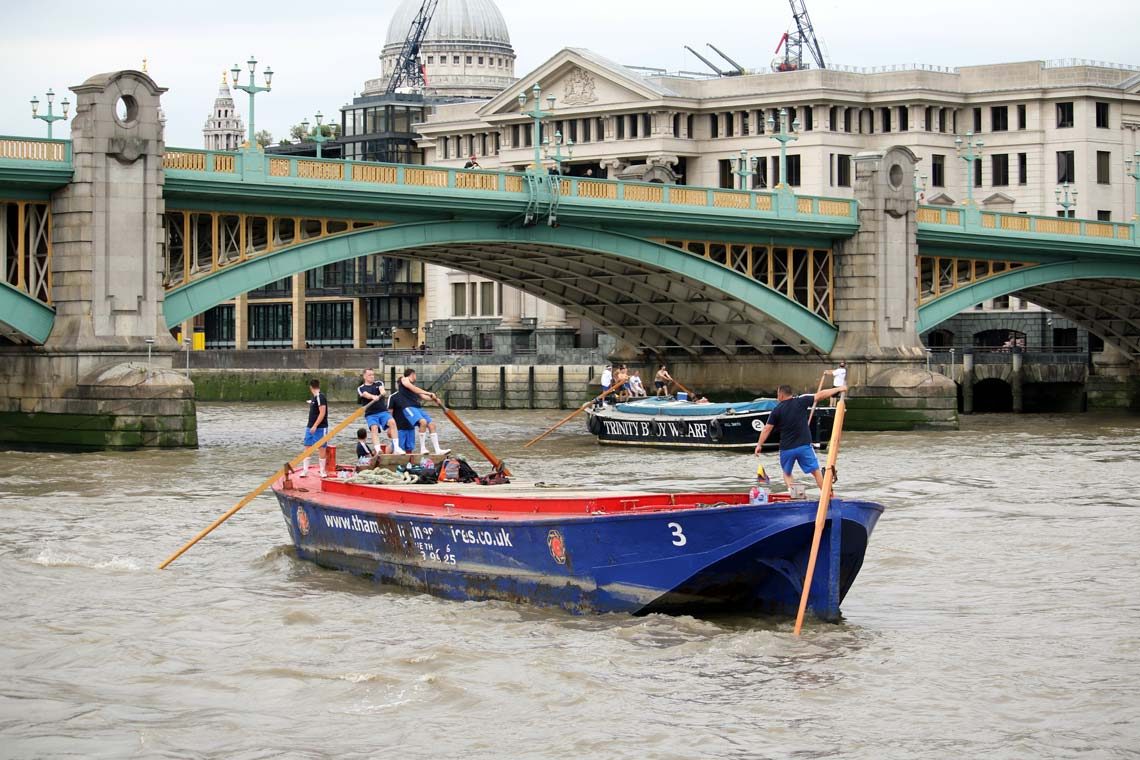 The barge-driving races re-enact the way Thames Watermen use to skillfully maneuvered their barges on the river Thames in the eighteenth and nineteenth centuries.

Modern-day Watermen and Lightermen compete in this race, with friends, family and apprentices between Waterloo Bridge to Tower Bridge in memory of Dave Pope who tragically lost his life at work. 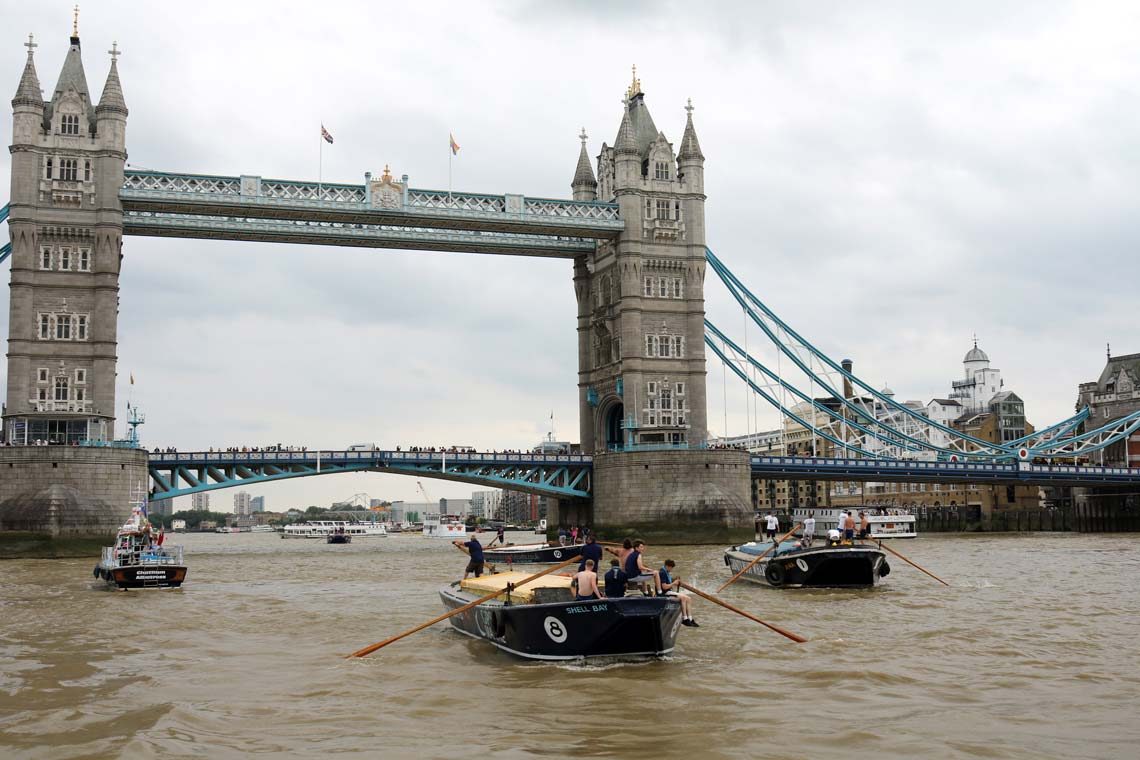 Sunday 10th September 201 the Thames will be playing host to the Steve Faldo Memorial Race, which is the Thames Watermen’s way of commemorating the anniversary of the Marchioness disaster and the race takes it’s name from Steve Faldo, who was the Captain on board on that fateful evening.

The event commemorates the skills of the traditional Thames Watermen and Lightermen who use to move freight around on the river Thames by barge, under the power of oars or ‘sweeps’ and riding the strong tidal currents of the River Thames alone. The barges used today can weigh up to 30 tonnes and no more than three crew members can row at any one time, using 20 foot oars to row along the river.

This is a challenge cup which spars one barge to drive it’s way down the tidal Thames, from Watermen’s Stone (near Teddington Lock) on the falling ebb tide, passing underneath twenty-one bridges on route and trying to break the current record (Teddington Lock to Altas Barge Roads – some 22 sea miles), set in 1985.

This is usual run on either of the equinox tides per year.

A course will be laid in Greenland Dock, which is non-tidal; the course will be approximately 1000yds. The barges weigh up to 30 tonnes and no more than three crew members can row at any one time, using 20 foot oars. This was the traditional method of moving cargo around the docks and the tidal Thames until the closure of the London Docks in the 1970s.

If you are interested, please contact us to discuss your requirements. Please note: Because the river Thames is a busy river we will need to plan around large vessel movements, peak periods and between particularly busy areas (Westminster to Greenwich, in particular).

The barge-driving re-enact the way Thames Watermen skilfully manoeuvred their barges on the Thames in the eighteenth and nineteenth centuries.

Modern-day Watermen and Lightermen now take young apprentices, including those training via the Thames Training Alliance, out to help them understand about tide sets on the river and how to drive barges as part of their training.

There are also the odd Charity Driving Events; including the Dreadnaught Challenge from Greenwich toGravesend. and Apprentice Training Driving Events.